After 50 years at Duncan Aviation, Don Fiedler retired on September 30, 2016. He was not allowed to go gentle into the good night. Instead he was sent off with celebrations and a reception in his honor. 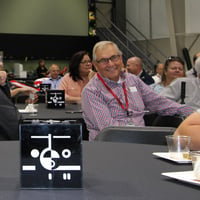 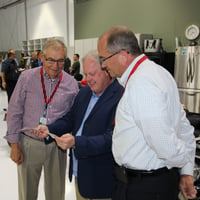 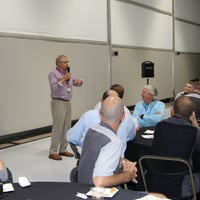 During his last “Years of Service” celebration he was given the floor to speak to everyone in attendance about the highlights of his career and why it will be difficult to leave. 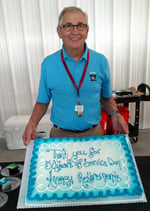 “I was part of something remarkably special,” says Don. “The Duncan Aviation way epitomizes excellence in the aviation industry—the company simply did everything right. Duncan Aviation treats its customers and employees with great respect and has created a culture and friendly environment that bring out the very best in everyone.”

On his last day in the office, hundreds gathered to shake his hand one more time and wish him well. He is an employee who will not soon, if ever, be forgotten. CEO Todd Duncan is especially appreciative of Don’s dedication to Duncan Aviation over the years.

“It’s really hard to find the words to thank Don for everything he’s done for Duncan Aviation and our family; he was more than a good friend,” says Todd. “Don exemplified Duncan Aviation’s core values of delivering quality service, respecting customers and co-workers, and being proud to be the best in the business.”

Read more about the impact Don Fiedler had on Duncan Aviation during his 50 years.