With Donald Duncan, All Business Started With A Handshake

Fifty years ago, with nothing more than a handshake, Duncan Aviation began a unique business relationship with Captain Per Alkaersig. Although Duncan Aviation was 10 years old in 1966 and had a few business dealings with companies outside of the United States, the company didn’t have a dedicated parts department or anyone who routinely interacted with customers in Europe.

Now the owner of Alkair in Copenhagen, Denmark, Captain Alkaersig was a well-known, successful dealer of Cessnas in the 1960s and Learjet in the 1970s. Prior to that, he was a captain for the SAS (Scandinavian Airlines System).

“As a Cessna dealer in Scandinavia, I contacted Duncan Aviation regarding King radios,” recalls Captain Alkaersig. “We enjoyed success selling the Cessna 310 and 400 series, but the radio packages that Cessna produced at the ARC facility in New Jersey were not reliable in the harsh Scandinavian winters.” 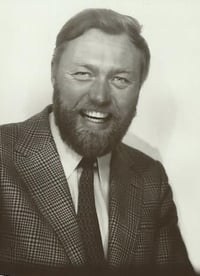 “What a great team,” recalls Captain Alkaersig. “A handshake closed a deal, and soon we got into trading aircraft. They had me racing around the Middle East, Africa, and Europe, picking up or delivering Learjets, Citations, and Hawkers.”

After a series of successful trades and sales, the company was still faced with the expense of ferrying a Cessna 421 from Dusseldorf, Germany, to Lincoln. Captain Alkaersig wasn’t ready to give up, though.

“Eventually, I found a Danish buyer and saved the company the long ferry flight to Lincoln,” says Captain Alkaersig. “Donald’s remark was simply, ‘Well done, young man.’ I answered, ‘Coming from you, Don, I appreciate your opinion very much.’ We were truly a great team.”