Duncan Aviation Does Not Go Unnoticed at Heli-Expo 2017

Duncan Aviation set out once again to make its presence and services known to the larger helicopter world at the 2017 Heli Expo in Dallas, Texas.

Just like 2016, we were greeted with enthusiasm, professionalism, and curiosity. But two things stood out to Ken Hurd, Duncan Aviation Accessories Technician that made this year’s show different.

“This year's show was promoted as bigger than ever, and the size of the crowds seems to confirm the show as one of the best attended.”

“During the show we were more widely recognized as a company that supports rotor wing accessories and avionics. Attendees visited the Duncan Aviation booth and shared their ideas on how we could take advantage of our impeccable reputation and abilities in the business aviation industry to expand our presence in the helicopter industry.” 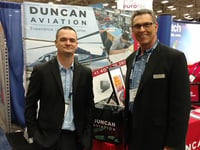 Although we have been Heli-Expo attendees for several years, 2017 is the second year we had a show booth with team members representing areas that often touch helicopters or helicopter components. These areas include component repair and overhaul, parts sales and exchange, as well as the Government and Military contracts.

“I didn't know Duncan Aviation worked on helicopter components” was heard over and over again during the show. While it is true Duncan Aviation’s history is firmly grounded in the fixed-wing industry, we have been working on helicopter avionics for decades and the business is growing.

Read about Duncan Aviation in the 2017 HAI Insight Magazine

According to Karl Detweiler, Duncan Aviation Components Business Development Manager, several attendees and exhibitors were glad to see Duncan Aviation expanding into helicopter components. “They expressed the need to have more long-term stability in the available service shops. To them, Duncan Aviation represents stability and quality." 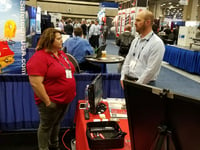 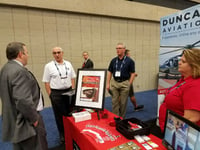 Since purposefully promoting the Duncan Aviation helicopter component business in 2016, the projected growth for 2017 has a positive outlook. In fact, by the end of Heli-Expo, every Duncan Aviation representative found new helicopter business for the company to add to its already expanding portfolio.

We will continue to work hard and continue to build our reputation into the helicopter industry.