What Projects to Schedule with Blended Winglets 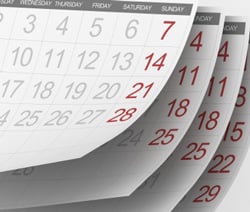 Winglet upgrades can be scheduled with inspections, additional modifications with similar turntimes and prebuy evaluations.

A business aircraft is a corporate workhorse, and an extended downtime for winglets alone isn’t feasible. To maximize the time an aircraft is out of service, the upgrade can be scheduled with an inspection or paired with additional modifications that require a similar turn time.

It takes about four weeks to achieve a blended winglet modification for Falcon 2000 series aircraft. Projects with similar (or longer) downtimes that can be worked with winglets include:

Downtime for Hawker 800 series aircraft is even shorter, about 21 calendar days. Projects with similar (or longer) downtimes include:

Pre-buy evaluations also present an opportunity for a winglet modification. It’s an important item to consider, says Gary Dunn, Vice President of Sales at Aviation Partners, Inc. “The modification can be achieved during that same downtime, and it can be rolled into the financing at that time.”

Winglets for both airframes can also be paired with phone systems and interior modifications.

Find out more about Falcon 2000 series and Hawker 800 series winglets at www.DuncanAviation.aero/airframe. Or contact a member of Duncan Aviation’s Falcon or Hawker Airframe Service Sales team for information about our winglet installation capabilities.