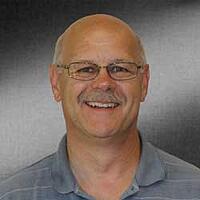 Most communication systems on aircraft are relatively simple, with a transmitter/receiver, corresponding antenna and a controller. However, the HF system is more complex with additional components needed to get the job done.

Their class, HF Mysteries in Troubleshooting, will be at 8 a.m. on Friday, September 27, 2013, at the Hilton Fort Lauderdale Marina Convention Center in in Fort Lauderdale, Florida. They will cover the basics of HF technology and get into the quirks inherent in these systems. Discussion will include tuning, grounding and idiosyncrasies of different systems, as well as antennas. The session will conclude with a Q&A session and the critical exchange of pilot and crew debriefs.

You can register for any AEA meeting, by visiting https://www.aea.net/events.asp. While there plan on stopping by Duncan Aviation’s table to speak to all of our avionics experts representing.

Scott McKenzie is an avionics tech rep located in Duncan Aviation's Lincoln, Nebraska, facility. He specializes in troubleshooting the latest in avionics systems installed on aircraft today. His aviation career began in 1995.