In the last few months, Doug Roth, Aircraft Sales Representative for Duncan Aviation for 29 years, has been asked many times about the effect an ADS-B (Automatic Dependent Surveillance-Broadcast) upgrade has on the value of a business aircraft when it’s sold. The deadline for the FAA’s mandate is about 30 months away, and owners are weighing their options: Upgrade or sell.

Prospective buyers are weighing their options, as well. Time is money for flight departments, so an aircraft that’s already equipped with ADS-B is attractive, too, because it won’t require additional downtime for the installation. 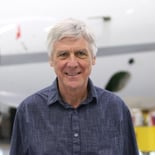 Doug says unequivocally that the value of an aircraft right now is directly related to whether it has ADS-B.

“It’s dollar for dollar,” says Doug. “If you have upgraded your aircraft, you will get back every dollar you spent on the upgrade to make the aircraft ADS-B compliant. For instance, if you have a newer model aircraft and have gone with the high dollar upgrades, such as WAAS/LPV capability for the GPS so you can take advantage of the lower approaches, you will recoup every dollar you invested if you were to sell that aircraft in the current market.”

By the same token, if you have not yet brought your aircraft into compliance, the sale price will be set back dollar-for-dollar based on the amount the upgrade will cost the prospective buyer.

“It doesn’t matter if you have a newer model aircraft or one that’s nearing the end of its flight time, if you plan to sell your aircraft without the ADS-B upgrades, you will lose dollar-for-dollar the cost of the upgrade,” says Doug.

There can be more than one path to upgrade, and which one you choose depends on a number of factors.  If you intend to fly your older model aircraft that has about 5 years of life left, you might want to opt for one of the least expensive solutions.

If you’d rather try to sell your older model aircraft now, you’ll need to deduct the cost of the ADS-B upgrade plus any related labor costs from the sale price of your aircraft.

This is true, too, for a newer aircraft that has many years of flight time remaining. Buyers who make a substantial investment to acquire a newer model aircraft will still need to turn around and spend more to get the aircraft in compliance with the ADS-B mandate.

Doug suggests that anyone who’s thinking of selling an aircraft without the ADS-B upgrade to remember how the market reacted to aircraft without RVSM (Reduced Vertical Separation Minimum) when that was mandated.

“When RVSM came out, the cost to install was a dollar-for-dollar direct value adjustment to the value of the aircraft. Before it was required and we knew it was coming, everyone was budgeting for the expense whether you owned the aircraft or were looking to buy one that did not have it installed,” says Doug. “I remember selling one aircraft right in that time period without RVSM because it was not yet required in the US. The sale price was less the cost of the upgrade, and after the prebuy, the buyer had us install it at their expense before delivery.”

The buyer would have paid more for the aircraft if RVSM had been installed, and he could have avoided the extra downtime necessary for the installation.