“By standing on the shoulders of giants,” that is how Bob Tooker credits any success he has had. 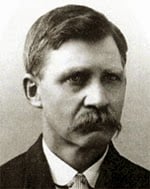 As a farm kid from Silver Creek, NE, Bob's giants included his father and Uncle Norman who, he says, “must have saw something in me because they always allowed me to tag along and spent so much time teaching and showing me how things worked.” While on the farm, active in 4-H and Junior Leadership, he always had his eyes in the sky. From a young age he had a love of airplanes, and knew he wanted to get involved but didn’t know how.

Bob joined the U.S. Navy in 1967 and was sent to Avionics School in Memphis, TN, after he tested very high with an aptitude for aviation. His first duty station was in Pensacola, FL, with Helicopter Training Squadron 8 (HT8) as a Line avionics tech/Quality inspector. Then on to Naval Air Station Mirimar (San Diego) with Fighter Squadron 51 (VF51) with a side trip to Vietnam. He went on to earn his A&P certificate at Spartan School of Aeronautics in Tulsa, OK.

In 1974, at a time when there were only 17 aircraft mechanics, Bob came to work at Duncan Aviation working on early model Learjets, Bonanzas, Barons, and King Air aircraft. It wasn’t long before he began leading his own teams through major inspections. His first job as lead mechanic was for the 10 year, 10,000 hour demates inspection on a Learjet 23 and 24. He admits this first leadership run was a bit intimidating, but when he went on his first test flight with Harry Barr, an aviation legend in his own right, doing test stalls and wing checks, it pretty much sealed the deal for Bob on his love for aviation. He was in it for the long haul.

One of his favorite projects was the disassembly, transportation, and reassembly of a Learjet 35 that can be seen hanging in Terminal 3 of the Denver International Airport.

He encountered more giants in his career at Duncan Aviation. Giants like Joe Huffman Sr., and Bernard Michael, both previous Charles Taylor Master Mechanic Award winners, and Kent Kussatz. According to Bob, Joe was the best troubleshooter he ever saw. Bernard was slow, steady, and calm in his work, a real mentor. And Kent put a lot of trust in him that helped his confidence grow. Bob advanced quickly to other leadership roles including shop supervisor.

It was in 1984 he was asked to be on the ground floor in the development of a new division of Duncan Aviation, AVPAC (Aviation Parts, Avionics, & Components), that would manage an extensive inventory of aircraft avionics and parts available for sale. Bob traveled across the country buying old or wrecked aircraft to be parted out or inspecting potential parts consignments, helping build the inventory from scratch. For the remainder of his career, Bob wore many hats, including inventory quality control, and sales rep. He decided after 43 years, it was time to retire. 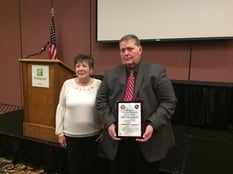 He wife Cheryl has been by his side through most of his career in aviation. He met her on a blind date set up by an old classmate. They married in April of 1972 and together, have two children and four grandchildren.

Bob has a lot of gratitude for Robert Duncan, Chairman Emeritus Duncan Aviation. “I always felt encouraged and empowered by the trust Robert in me early in my career. I want to thank him for the fun ride.”