Chad Doehring Heads Back To the Mountains 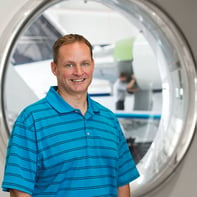 Chad Doehring, recently named Vice President of Operations for Duncan Aviation’s Provo, Utah, location, has always loved the mountains. Born and raised in Arvada, Colorado, he spent much of his childhood enjoying hiking, skiing, and camping. After he graduated high school, he won a full-ride scholarship to Colorado AeroTech, where he earned his Airframe & Powerplant license.

Upon graduation, he worked for a short time at an FBO in Leavenworth, Kansas, and then moved to Palmdale, California, to work for Northrup Grumman on the B2 Bomber program. In 1994, he was offered a job at Duncan Aviation’s Lincoln, Nebraska, location as an airframe technician for Hawkers and Falcons. Since then, Chad has increased his responsibility through promotions and job changes. Some of his most recent positions include Airframe Services Manager and Customer Service Manager, both in Lincoln. In 2017, he decided to move back to the mountains and transfer to Provo to help build the future staff and facility there.

“I am proud to be part of the Duncan Aviation-Provo team and am excited to build Duncan Aviation’s future here,” Chad says. “The Provo team is enthusiastic and ready to expand Duncan Aviation’s commitment to quality, safety, and responsive service to business aircraft operators in the western half of North America and the Pacific Rim. We are devoted to upholding the consistently high standards of excellence for which all Duncan Aviation locations are recognized.” 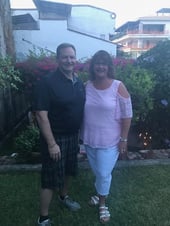 Chad and his wife, Stacey, have relocated to the Provo area. They are excited about the move, especially because of the recreational and community activities the area has to offer. They are also pleased with the friendly people and the way the community has welcomed them with open arms.

Chad and Stacey have four nearly-grown children, twin girls and two boys. Since three of them are in college and the fourth is in his last years of high school, the kids stayed in Nebraska. Chad and Stacey get back to Lincoln frequently right now for interviews and meetings, and the kids like travelling to Utah for occasional breaks.

Chad says, “The Provo team has a wonderful mix of people from Utah, Michigan, and Nebraska who create an overall Duncan Aviation family experience. We are excited to add to this family and build stronger relationships with our counterparts in Michigan and Nebraska as well as our satellite avionics and engine Rapid Response locations. We look forward to having representatives from each location visit us either on a personal vacation or for a work event.”