If you upgraded early for ADS-B between 2012 and 2014, your equipment is not compliant with the January 1, 2020, mandate deadline. 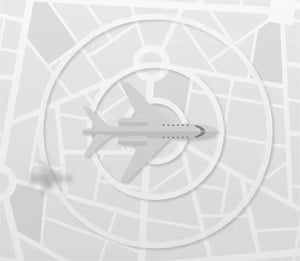 Duncan Aviation has spent the last 5 years educating our customers about the FAA’s upcoming mandate deadline for ADS-B Out (Automatic Dependent Surveillance-Broadcast Out). We’ve also performed hundreds of upgrades at our full-service facilities in Battle Creek, Michigan; Lincoln, Nebraska; and Provo, Utah. Duncan Aviation’s network of Satellite Avionics Shops have performed more than 500 installations and even have a dedicated reservation program to make it easier for our customers to get their aircraft into compliance before the deadline at 12:01 am on January 1, 2020.

Recently, several of our customers who upgraded early for ADS-B to the DO-260A standard (to meet compliance in Australia, the Hudson Bay, and the Gulf of Mexico) have received letters from the FAA, alerting them to the fact that they are not in compliance with the ADS-B mandate.

The letters state that the aircraft is equipped with an NPE (Nonperforming Emitter), and that means the system in the cockpit is not transmitting data in compliance with the mandate’s standard. This may have been caused by installation errors, flight crew errors, or hardware that doesn’t meet the performance standards. If the older transponder in your aircraft was simply swapped out, chances are your aircraft is not compliant.

The standard adopted by the FAA in 2010 and the rest of the world’s civil aviation authorities is DO-260B, and it requires the following equipment:

The mandate requires the entire upgrade unless you plan to fly below 10,000 feet and avoid Class A, B, and C airspace.

Duncan Aviation experts have spoken with several operators who believe that their aircraft is ADS-B compliant. Upon receiving the FAA’s letter, however, it became apparent that they were not, and they sought advice from some of the managers at the Duncan Aviation Satellite Avionics shops.

“If an operator upgraded their equipment from 2012 through 2014, the standard for ADS-B at that time was DO-260A,” explains Matt Nelson, Duncan Aviation’s Satellite Operations Manager. “Since that time, the FAA and Civil Aviation authorities around the world agreed on the DO-260B standard for transponders. That means equipment manufactured and installed before that agreement is not compliant with the January 1, 2020, mandate deadline and the older transponders do not use the predictive forecasting or annunciators that are required by the DO-260B standard.”

These transponders can be upgraded and brought into compliance by Duncan Aviation or the OEM by installing a WAAS position source, fault annunciation system, and wiring interface—as previously mentioned.

How to Check Your Compliance
If your aircraft has been upgraded for ADS-B, the FAA advises you check to make sure it is working properly. You can do this with the FAA’s Public ADS-B PAPR (Performance Report) tool, inputting information about your aircraft, including tail number, ADS-B equipment, make/model , and flight date.

The FAA then sends the PAPR to the user’s provided email address, usually within 30 minutes. The PAPR can detect operational deficiencies with your ADS-B transmitter as well as verify if your system’s call sign is matched properly with the aircraft. The FAA cautions that operations close to ground level or near the fringes of ADS-B coverage might not yield accurate results.

You can find this tool at the following link:

When to Check Compliance 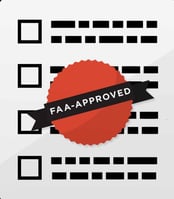 “When we upgrade your aircraft for ADS-B, our techs perform the ground testing required by AC 20-165b to verify the ADS-B integrity before the aircraft flies,” says Manager of Satellite Operations Matt Nelson.

James Kenney, an aviation safety inspector with the FAA, suggests operators run a PAPR report after conducting a few flights in rule airspace after an ADS-B installation.

“This will let the operator know if everything is functioning properly,” Kenney says.

He also suggests that a new report be run after a few flights in rule airspace if maintenance or repair work is conducted on the aircraft’s avionics systems.

We are 20 months from the ADS-B Out mandate deadline. To provide peace of mind for your flight operations, be sure to schedule your ADS-B installation now . . . and remember to verify your compliance with the FAA.