A Little Perspective on the Business Aircraft Purchase Agreement 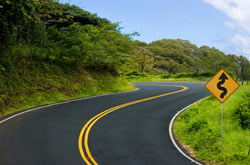 An aircraft purchase agreement provides the roadmap, defining processes and deadlines, through to the point of closing.

A couple of years ago, one of the larger banks in the business aviation industry called asking for my immediate assistance in locating the purchase agreement for an aircraft that we bought for a client a few years prior. The bank was undergoing an audit and had no record of it. Although I located the file on the transaction, it did not contain a purchase agreement. This transaction was for the acquisition of an aircraft that, at the time, was worth close to $20 million for a well-known individual. It didn't take long to remember the details of the events surrounding the deal.

There Was No Aircraft Purchase Agreement

The aviation attorney for our client negotiated with the bank (the aircraft owner) until the bank called and said they had had enough. We were told we had to close on the acquisition the following day or lose the aircraft. We wired funds, received an FAA Bill of Sale (BOS) from the bank and took delivery of the aircraft.

When I started in this business the process to buy a business aircraft was simple. You flew out to look at it, reviewed the records, did a quick test flight around the patch, handed the owner a cashier’s check, received a FAA BOS in return and flew home with the aircraft, all in the same day. No purchase agreements. No pre-purchase inspections. No escrows. Today, it is not uncommon to have two outside aviation attorneys spend the better part of two or more weeks negotiating a purchase agreement, usually at considerable expense to their clients.

An aircraft purchase agreement provides the road map, defining processes and deadlines, through to the point of closing. However, in almost all cases, the purchase agreement is filed away once executed and never referred to again during the transaction. Even if a point of contention arises prior to closing, the buyer and seller usually work it out together without legal action, as the cost of litigating a dispute is never an economical option.

What many fail to realize is that an aircraft purchase agreement governs and spells out what both the buyer and seller are responsible for prior to closing. Typically, the only contractual promise in the purchase agreement that survives closing is the warranty of title, which is included on the standard one page FAA BOS. In the scenario above, since time was of the essence, we verbally agreed to move along with the deposit and pre-purchase inspection and were finished before we had a contract, at which point it didn't really matter. All we were receiving was warranty of title. And if you ever bought an aircraft from a bank, you know that warranty is limited to anything they specifically had to do with the aircraft.

If you have special tax requirements or require setting up of an entity to hold the aircraft, legal advice from an aviation tax attorney can be indispensable. However, for a business aircraft transaction, where a straightforward purchase and sales agreement is sufficient, a competent broker working with your in-house or regular corporate attorney is a much more economical alternative to hiring a specialized aviation attorney.

Whether you are buying or selling a business aircraft, the Aircraft Purchase Agreement is a very important document to the transaction. Because it incorporates all terms and conditions of the sale, it is vital that you take the time know all the details of the contract before you sign.

Buying and selling an aircraft can be a stressful experience. You can lessen the stress by having a thorough understanding of the Aircraft Purchase Agreement.

Duncan Aviation’s Aircraft Sales & Acquisitions has been assisting operators buy and sell aircraft since 1991. Backed by in-house legal counsel, flight operations staff and over 2,000 airframe, engine and avionics technical representatives located around the world, gives Duncan Aviation first-hand access to, and knowledge of, the aircraft marketplace unmatched by any other broker or acquisition organization.

Visit www.DuncanAviation.aero/aircraftsales/listings.php for the latest aircraft for sale.

Doug Kvassay is a part of a team of four Aircraft Sales Representatives. He specializes in advanced aircraft aftermarket analysis and managing complex transactions. His aviation career began in 1980.