Duncan Aviation today announced that the company plans to build a new business aircraft maintenance, modifications and paint complex at its Provo, Utah, location. The expansion will include a large maintenance and modifications center and an innovative paint facility.

Building on nearly 45 acres of land at the Provo Municipal Airport, Duncan Aviation will add nearly 220,000-square-feet of buildings with its 166,000-square-foot maintenance and modifications center and its 53,000-square-foot paint facility.

The maintenance and completions facility will have large hangar spaces along with backshop and office space.

The new paint structure will have the latest down-draft air flow technology, including automatic monitoring and alarms, to provide the best paint environment possible for aircraft. To increase efficiency, the paint hangar is designed to accommodate multiple aircraft at once, utilizing a two-zone airflow system. With this design, Duncan Aviation paint teams can perform stripping, sanding, painting and detail work on multiple aircraft simultaneously.

The facility will allow input of some of the largest business aircraft in use today, including Gulfstream’s 550, Bombardier’s Global Express and Dassault’s Falcon 7X.

“We consistently hear from operators in the Western United States that they would like to see more investment in a Duncan Aviation location closer to their home base,” says Aaron Hilkemann. “The Provo area is the perfect complement to our other full-service facilities in Battle Creek, Michigan, and Lincoln, Nebraska. That is why we intially started our Provo facility. Although the economy prevented us from building an all-new facility there at the time we initially planned to, we are pleased to finally begin work on the infrastructure needed to care for upcoming maintenance and completions demand from in the area and around the world.”

On August 1, 2010, Duncan Aviation opened its doors in Provo. Since then, the Duncan Aviation Provo team has provided major and minor hourly and calendar inspections, line-level engine and avionics support, and interior work for business aircraft from across Europe, the Pacific Rim and the Americas. 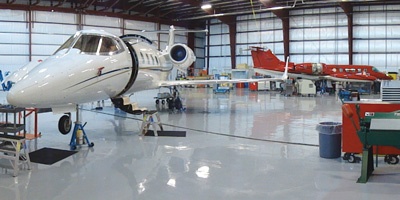 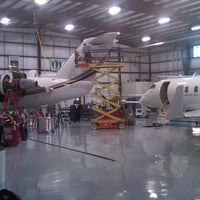 “Six years ago, 14 Duncan Aviation team members ventured west to start Duncan Aiation's newest heavy maintenance location,” says Bill Prochazka, Chief Operating Officer of Duncan Aviation’s Provo location. “We were met with enthusiasm and professionalism from every direction, through our discussions with the State, Utah County and Provo City.  Today we are 40 strong, on our way to 400+.  It's an exciting time to be in the Business Aviation Maintenance, Repair and Overhaul sector, and to be a part of this great company as we provide high quality and responsive service to corporate business jet operators from around the world.”

In addition to this upcoming expansion, Duncan Aviation has invested nearly $200 million in facilities, tooling and new capabilities and nearly $48 million in training over the last 20 years. “We are dedicated to business aviation, our customers and team members and every decision we make is made with them and the future in mind,” Hilkemann says.