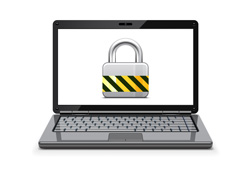 The very networks used to communicate satcom system transmissions can be used to compromise network security aboard business aircraft.

To say that large corporate networks are under daily attack by hackers and cyber-spies is a gross understatement. What is interesting about these attacks is that they rarely ever start at some screen that says "password." They involve custom software applications that function as any predator does: by systematically exploiting weaknesses.

Bizjet operators whose passengers deal with sensitive information in foreign nations face real threats from several angles. The very networks used to communicate satcom system transmissions can be a serious point of compromise.

Russia, China and Australia currently require that all Inmarsat terminals that log on inside their border have traffic forcefully rerouted to centralized traffic management points (government servers). This can be troubling for operators seeking to do business abroad.

Although it is impossible to stop the interception of your communications, you must take steps to secure it. The most efficient way to address this is to encrypt the information you are sending with a software or hardware intermediary.

An investment in airborne routers, such as the CNX-200 by EMS, can employ VPN Tunneling at the hardware level. In my opinion, this is the more productive and preferred method because it creates a secure data pipe between your network and your aircraft without a decrease in data transmission rates. Maintaining average speeds of 700-800 Kbs using a sister gateway unit on the company’s network. The tunneling and encryption takes place behind the scenes and does not require any action by your passengers.

There are a myriad of applications available that will encrypt information without additional hardware; making this a very inexpensive option. Cisco’s VPN Client is one such software-driven solution. While inexpensive, software-based solutions an adverse effect on the maximum speed of your Internet connection, cutting it in half to about a 400 Kbs pipe.

A hacker’s network server monitoring traffic would be hard pressed to intercept your transmissions in any type of useable form from either of these two options.

In part 2 of Satcom Security Issues in Business Aviation, I will discuss physical security measures you can adopt to stymie foreign operatives.

Adrian Chene is an Avionics Tech Rep for Duncan Aviation. He provides troubleshooting and technical advice on avionics installation services, and specializes in custom, integrated HSD solutions. He began working in aviation in 1996.